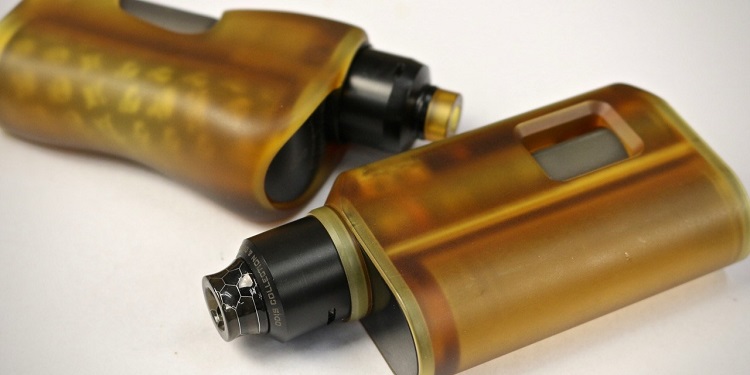 Other than Mark Todd, I was the only reviewer who focused so much on squonking. I’ve reviewed mostly squonk mods and squonk RDAs for the best part of 2018, and the later part of 2017.

I mean, almost all my mods were squonkers and I even stopped buying RTAs or mouth-to-lung stuff. I even did a whole lot of DIY mod videos. which were as hard to make as it was rewarding.

The market was booming. Amazing new products were being released, and the hype was on big time. Items were being flipped for 2-5 times the retails price. Even if they were not, you could still sell your used vape gear at the same price you paid for it.

I remember at one time, the Limelight Freehand was going for 3x the actual price. I was so excited to get one, I ended up getting four – the black Gloom, the white Bliss, a stabwood Freehand, and a Gloomtem.

In fact, I myself paid for a few mods and RDAs at flipped prices, simply because they were so hard to get. Joining secret Facebook groups was one thing, but even when you got in it was difficult to actually buy stuff.

Sometime late 2018, I started to realize the changes in the squonk market:

To be honest, my interest in squonk stuff started to die a slow death. I think it was the fact that stuff was getting hard to sell that made me hold back on my purchases. Also, since stuff was so easily available now, there was no rush to commit an X1 to anything.

I bought a whole lot of stuff in 2017/18 just because I put in my X1s thinking I might not get one, but I did. Now there was no need to rush, so I ended up buying less stuff out of obligation.

Another reason is that most products seemed to be just ripping off each other. DNA75c mods added a new range of selection for a while, as did the DNA250c. But soon enough, every other mods I took a look at seemed like something I had already seen. RDAs are worse, everything looked like everything else with very few differences.

Think of the Billet Box. There was a tremendous amount of hype for it at one point. I paid almost 2x the price for my Billet Box.

Then in 2018 the hype died. You could see BBs in stock on the website, which was previously impossible. I love my SteamTuners Insider and the vape I got from it in my BB. But by then time I got to BBs the cools kids were off to something else.

Vaping is a big circle.

Squonking s no longer the cool thing to talk about, since everyone already has a squonk. But it’s not dead, and perhaps in 2-3 years something new will set squonking on fire again.

Vaper’s Tongue: What Causes It and How To Get Rid of It Effectively

Open Vape: Vaping 101: A Step-By-Step Guide on How to Refill…

Vaper’s Tongue: What Causes It and How To Get Rid of It…

Buying Your First Vaporizer? Read This Before You Make Your…