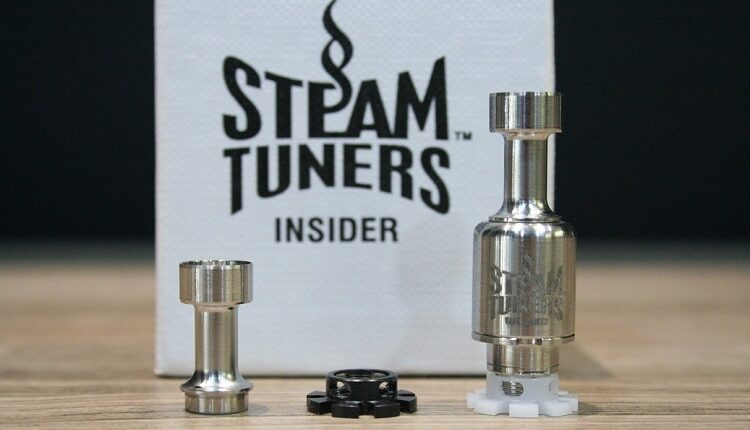 Let’s just say this: the Steam Tuners Insider is great but many people give up with it due to leaking and gurgling issues.

It looks easy enough to build on, but the key is the wicking. So let me help you love the Insider with this simple build tutorial. It is my favorite build for the perfect balance of flavor and vapor production, and it doesn’t involve fancy wires. Plus, this build will give you great battery life.

So here’s what you need to follow along with this build tutorial:

Pay attention to the wicking. You do NOT need to stuff the wicking channels with cotton. If you do, you will most probably get dry hits. The juice needs to be able to enter the deck area, and quickly get absorbed by the organic cotton.

What I show you in this video, I learned in part from the Steamtuners channel. Of course I experimented with it and modified it where I could.

If you do not own a Billet Box or Steam Tuner Insider, there are very affordable clone options by SXK as I mentioned earlier. These are pretty high quality. Although I do not personally own them, I have received lots of positive feedback from subscribers on YouTube and Facebook.

I’ve tried this build many times, and its surprising how the most simple builds can give you the best overall vape in a BilletBox. Let me know if this Steam Tuners Insider tutorial worked out for you!

Vape Coupons and Deals from Ave40!