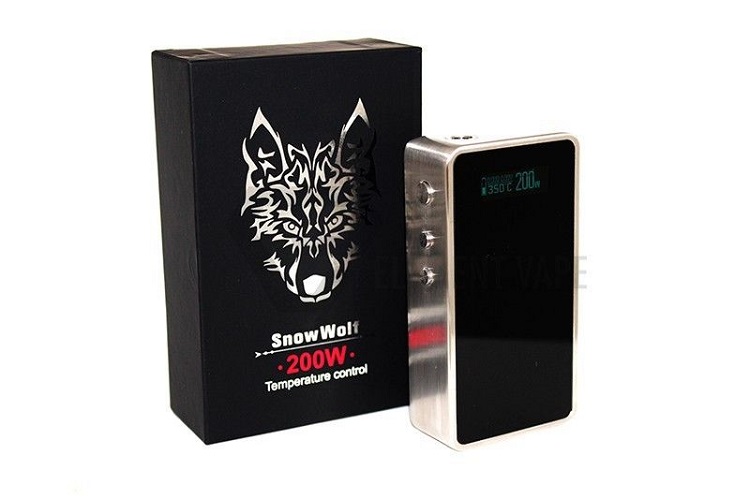 I’ve always wanted to own an Snowwolf, but when new mods started popping up every few days, I kind of forgot about it. I mean, I already own multiple Evolve DNA mods, mech mods, squonk mods and even a couple of stabwood mods that I am pretty satisfied with.

Gearbest sent me the Snowwolf 200W Plus for review, and honestly I didn’t know what to expect. It looks pretty much like the older Snowwolf, except that you control the settings via a small touchscreen instead of the regulatory buttons.

The version I got is the matte black version, although you can get the Snowwolf 200W Plus in stainless steel, black and gold.

Here are the specs for the Snowwolf 200W Plus mod:

The Snow Wolf 200W Plus is going to have a tough time competing with sleek DNA mods like the Therion or Finder. Overall, it’s a good mod, but other than the looks I honestly don’t see it ranking as the top mod in anyone’s list.

If you’re still trying to find your perfect mod, do also read my guide to choosing the perfect vape mod. In that guide I explain what you should look for when trying to get your next vape mod.

Get the Snowwolf 200W Plus At The Best Price