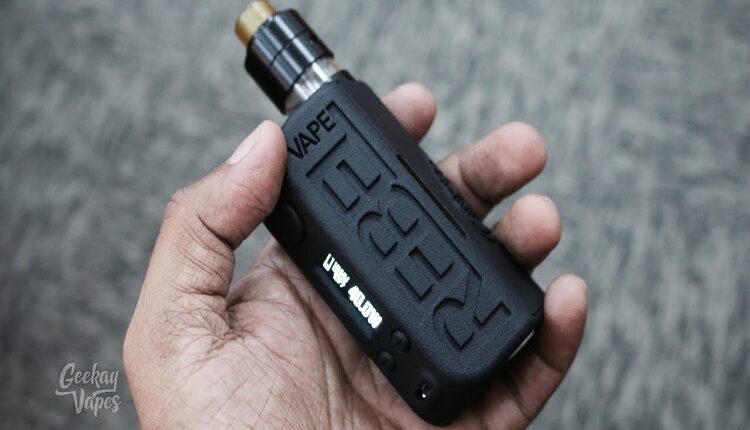 The Rebel Squonker DNA250 mod is perhaps the most powerful regulated squonk mod available today, since the Lost Vape Drone has been discontinued. Rebel Vape has made a name for themselves with high-quality 3D-printed mods using both DNA and YiHi boards.

The Rebel Squonker therefore has a very solid base to build upon, but they get it right with this squonk mod?

When my Rebel Squonker mod arrived in the mail, I was disappointed to find out that it wasn’t a squonk mod at all. Rebel Vape had actually sent me the wrong item – a regular DNA75 mod for dual 18650 batteries.

I sent it back, and received the actual Rebel Vape DNA250 squonker almost a month after my order. This time, they got it right. However, as you will see in the video, I got the wrong extra set of doors and they also skimmed a little bit on the squonking stuff.

Here are the basic specs for the Rebel Squonker:

Keep in mind that there are other Rebel Squonkers like the DNA75C version, but my review if based on my experiences with the DNA250 (or should I say DNA167) version only.

There are other small cons and subjective cons, which I mention briefly in the video. Overall, there are definitely more pros than cons for the Rebel Squonker DNA250 mod by RevelVape.

Having a powerful regulated mod is great. I’ve done more ambitious builds in my existing RDAs, and managed to get a totally different experience from them. My Goon, Goon 22, Kryten and more shine in the Rebel Squonker because I can easily dial-in the power and use complex Clapton coils.

Unlike a DNA75 regulated mod, or a mechanical squonk mod, the Rebel Squonker DNA250 can help you get a better vape across many different RDAs. Single coil or dual coil, 22mm or 24mm, there should be no problem with the squonk mod.

Get The Rebel Mods Squonker DNA250

Get The Rebel Mods Squonker DNA75C