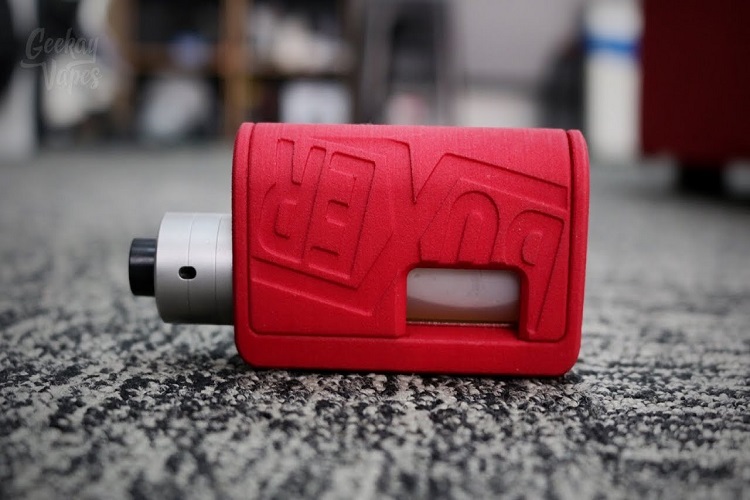 The Boxer Classic Squonk Mod is one of the most anticipated squonk mods in 2017, because is has so many new “innovations” that most people have never had the chance to experience.

It also looks great, and is priced at the perfect price point for a 3D-printed mod.

I bought the Boxer Classic Squonk Mod through a stranger in the US.

Why? Because the Ginger Vaper website refused to accept my Malaysian credit card, and they do not have PayPal as an option. Sure, there was the possibility of paying through BitCoin, but I knew nothing about BitCoin or how it works.

After a wait period of about 3 months (including shipping time), I finally received the Boxer BF Squonk Mod. The longer wait time is due to some last-minute improvements to the contacts, according to Ginger Vaper.

Like I said, on paper the specs look revolutionary. In fact I have to give them credit for choosing to design their own 510 and squonk bottle instead of using existing options like the ModDog 510 or the ModMaker 510.

Also, at that time, most mech squonkers had no locking mechanism whatsoever. Great job on taking risks, but did they pay off?

IMPORTANT: The video you watched above was recorded long before this written review, so there will be some new information in the Pros & Cons below that are not in the video.

As you can see, right now I have more cons than pros for the Boxer Classic Squonk Mod. The main issue I have now is the problematic 510. I just cannot fire anything on it now. I have tried fixing the issue, but it’s very hard to find a replacement o-ring for the 510.

I will create a separate post on the Boxer issues once I have figured things out a bit. As of now, I no longer recommend it. There are a ton of other options available, just check my ultimate list of squonk mods.

From regulated to mechanical to Mosfet squonk mods, there are better ways to spend your money than on a Boxer Classic Squonk Mod.

There’s also a clone of the Boxer if you just want to get a feel for it, but I have not used it and cannot tell you how good or bad it is. Read the reviews and rating before you decide.