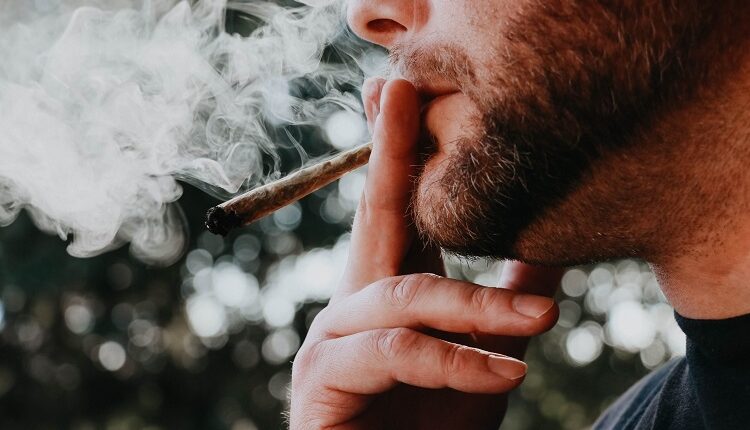 The debate over the safety of vaping versus smoking has been going on for years, with no clear consensus. Vaping was introduced as a way to help people quit smoking, and it was thought to be much safer than smoking. However, some time after its introduction, it has become a global phenomenon, with people of all ages using it for different purposes.

Now, the question of whether vaping is safer than smoking has come under scrutiny. Some studies have shown that vaping may be just as harmful to your lungs as smoking, while others suggested that it involves much less risk. So, which one is actually safer for your lungs?

In short, there is no definitive answer except to say neither. But as you probably are a smoker yourself and giving up is indeed a difficult task, you may be wondering whether it’s worth trying out vaping as a way to help you quit. Below, you’ll find a more in-depth exploration of the risks and benefits associated with both smoking and vaping so that you can make an informed decision about whether vaping is the right choice for you.

Alternatives and Other Substances

Vaping is often promoted as a safer alternative to smoking, and it’s difficult to argue with the design. Vaping devices heat up a nicotine-containing liquid, which the user then inhales. This process delivers nicotine to the user without any harmful chemicals in tobacco smoke, such as tar and carbon monoxide.

However, the commercial success of vape mods diminished the presence of other alternatives on the market. For instance, NEAFS sticks allow you to move away from smoking tobacco or vaping glycerine-based liquids. Instead, you can use nicotine-infused tea leaves or other herbs and smoke them in a cleaner way compared to conventional cigarettes, avoiding the release of toxins.

Such devices are typically seen as a safer way to consume nicotine, as you’re not exposed to the harmful chemicals found in tobacco smoke. However, it’s worth noting that nicotine is still a highly addictive substance, and it’s possible to become addicted to vaping just as you can to smoking.

This is a widely accepted fact: smoking is incredibly harmful to your health. In fact, it’s the leading cause of preventable death in the United States, responsible for more than seven million deaths each year globally.

Smoking cigarettes is linked to an increased risk of developing lung cancer, as well as a host of other health problems, such as heart disease, stroke, and emphysema. This is primarily due to the fact that cigarettes contain thousands of chemicals, many of which are known to be carcinogenic. When you smoke a cigarette, these chemicals are released into your body and cause damage to your cells. Over time, this damage can lead to irreversible health problems.

While vaping is often promoted as a safer alternative to smoking, the truth is that it’s still relatively new, and we don’t yet know all the risks. The main culprit of smoking – the smoke itself – is replaced by vapor. This, by design, is less harmful to your respiratory system but still contains nicotine, flavorings, and other chemicals that may interrupt the normal function of your lungs.

So, while the harmfulness of cigarettes is well-documented, the risks of vaping are less clear. Some researchers found that vaping can exhaust and irritate your airways, which aren’t that lethal when used in moderation but could still lead to severe health problems in the long term.

Other risks include mechanical damage to your device, gray-market liquids, or overheating. These risks are usually the result of user error but can still lead to serious issues. Here is what you should know about them:

When you drop your vape pen and your tank breaks, the glass may shatter, which is evident. Then, you probably know how to fix it and enjoy your vaping experience again. But, as simple as vape devices are, there are still some elements that can go wrong and cause serious injuries.

An exploding battery is one of the most common problems for which vapes are demonized. This can happen for several reasons but is usually the result of a manufacturing defect or user error. In other words, as long as you use the battery dedicated to your device and don’t overcharge it, you should be fine.

Not so long ago, the popcorn lung scare was all over the news. Briefly, this is what happened: a study found that some of the flavorings used in e-liquids can lead to the development of bronchiolitis obliterans, also known as popcorn lung. The issue was first brought up when a teen in the US who used THC-induced e-liquids developed the condition.

Later, it has been discovered that the flavoring agent used in his e-liquid, and others like it, was actually banned for use in food. However, it’s still legal to use it in e-liquids, as although there are specific regulations, some are sold as not for human consumption.

Now, it’s important to note that you should avoid shady-looking liquids and buy only from a reputable vendor. Additionally, you should always check the label of the e-liquid and ensure that it doesn’t contain any dangerous ingredients.

Some people like to take it to the extreme when it comes to vaping, so it was only a matter of time before someone tried to find the perfect temperature for a great hit. And so, the temperature control mods were born. These devices allow you to set the temperature of your coil, and they’re a great addition to any vaper’s arsenal.

However, there’s a downside to this as well. If you set the temperature to a value that exceeds the maximum temperature of your coil, you’re risking an accident. The result is usually a burnt hit and a ruined coil.

The same goes for virtually any other coiled device – once your coil gets too hot, it starts to break down and release harmful chemicals into the vapor.

Neither vaping nor smoking is entirely safe, but vaping does involve less risk than smoking. This is because cigarettes contain thousands of harmful chemicals, many of which are known to cause cancer. When you smoke a cigarette, these chemicals are released into your body and cause damage to your cells. Over time, this damage can lead to irreversible health problems.

Vaping does not involve tobacco combustion, so you’re not exposed to the same levels of harmful chemicals. Yet, there are many other methods of quitting smoking or reducing your nicotine intake, such as using nicotine replacement therapy or smoking NEAFS sticks.

So, if you’re looking for a much healthier alternative to smoking, it may be worth giving it up completely.

Autoflowering vs Feminized: What’s Best for a Casual Grower?