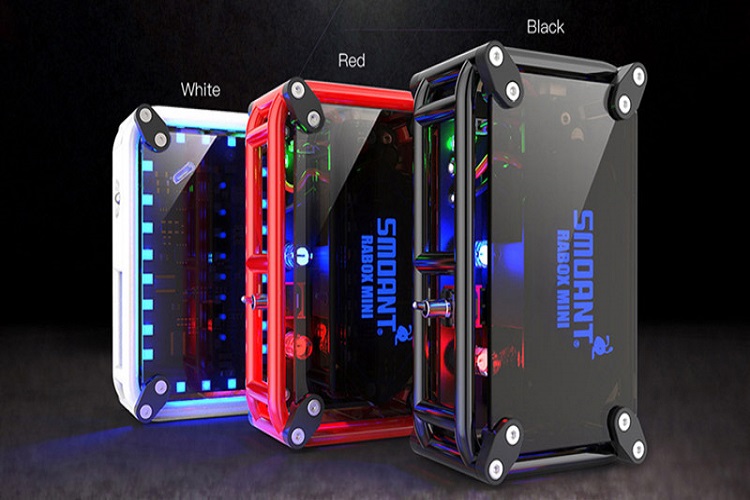 The Smoant Rabox Mini Mod is the small version of the Smoant Rabox which made heads turn not too long ago. Designed to look like a gaming computer CPU unit, it was aggressively styled and became very popular among some vapers.

Of course, the size was a turn off for some people. So it makes sense that Smoat would want to take the best out of the Rabox and put it into a smaller package.

Here are the basic specs for the Smoant RABOX Mini:

There are some improvements over the Rabox, but you might not be able to tell the difference. Mainly, the PCB / board is now water resistant.

Overall, the Smoant RABOX Mini is a great mod for a hard-hitting, cloud-chasing vape. If you’re 37 like me, you might think it’s just too loud and obnoxious. But keep in mind, there’s a huge teenage market for things like this. They love it loud and obnoxious, as a sign of their “adulthood” lol..

You can pick up the Smoant RABOX Mini from Ave40.com using the link below. Check out also their coupon program that I announced on this site not too long ago.

Christmas Sales At EcigFit.com – Get Popular Vape Gear on Discount