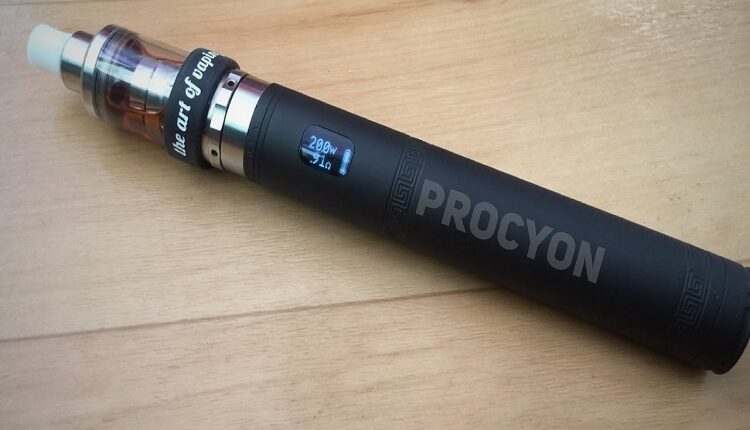 Provape Procyon Review – A Step Up from The Provari P3

In this review of the Provape / Provari Procyon, I’ll show you my current favorite tube mod that does up to 50w and looks sexy as hell.

I published the actual video some time back, but didn’t get to putting up the review on my blog, until I read about Provape going out of business. As a tribute to a great American company, it’s better late than never to publish this review of the Procyon.

This is my second Provape product, after the Provape / Provari Radius I got more than a year ago. Since that review, I’ve come to appreciate Provape products more. So I may be biased about some things, especially the price and features.

First, lets talk about the name. I call it the Provari Procyon many times in the video. I can’t help it, since the brand Provari is more well-known that Provape, and also because it says Provari on the box (more about that later).

Some people will correct me for that, pointing out that it should be the Provape Procyon. Regardless, you know I’m talking about the same thing

This is not going to be a standard review where I list of the specs and compare them with other mods. I just cannot do that with a Provape device. So let me just list of the pros and cons, relative to other Provape products, and compared to products in the same league like the Dani Extreme by Dicodes.

Lets start off with the cons, for which there are many.

Of course, there are many good things I can say about the Procyon:

You either love tube mods, or you don’t.

For me, I’ve become increasingly fond of the form factor. Tube mods are more portable and classier than box mods. Its sad that very few companies are making them, and with Provape going extinct, it’s just a matter of time before tube mods go the way of the dodo.

I’m happy that I own two Provape / Provari Procyons – the satin silver and stealth versions, and I look forward to keeping them for as long as I can.

There is also apparently a gold version, although you may find it hard to get a hold of one now that Provape is going away.