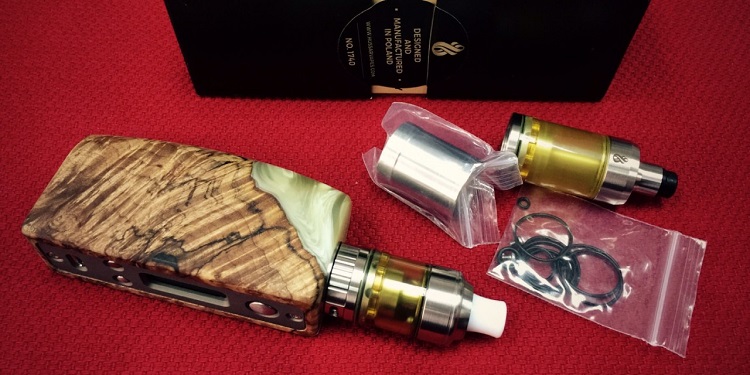 So here’s what’s changed, from what I can gather, may it help you:

That’s basically it! As far as I know, nothing else is different. I could be wrong, since the V2 is the only Hussar RTA I own.

You can see the older packaging in the image, I think that was classier. One thing about the new packaging is that it’s NOT airtight. As a result, I found a little mildew on the tank. This is probably from air & moisture finding its was through to the deck of the Hussar RTA.

How to Choose a Quality Vape