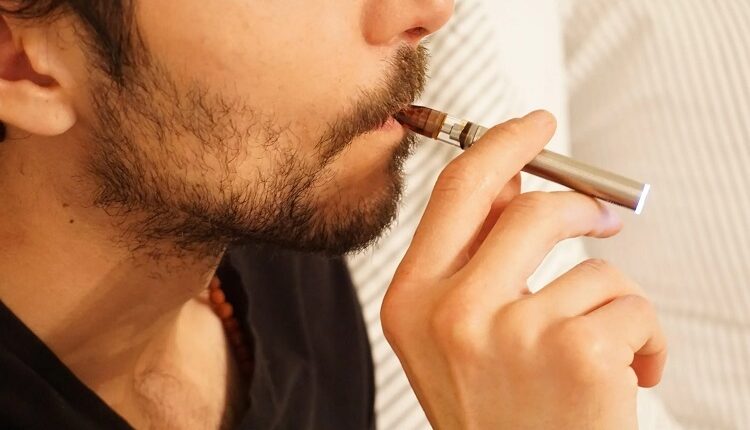 Blog Introduction: If you’ve heard of kratom, you know it’s a powerful plant-based supplement used for centuries as an all-natural pain reliever and mood enhancer. But did you know that kratom can also be vaped? That’s right – kratom can be turned into an e-liquid and inhaled through a vape device. This article will explain the basics of vaping kratom, including how it works and the best way to vape it.

Kratom is a tropical evergreen tree used for centuries in Southeast Asia as a traditional remedy and an herbal stimulant. It grows naturally in Thailand, Malaysia, Indonesia, and Papua New Guinea. The leaves of the kratom tree are carefully picked and dried and then ground into a powder or crushed into smaller pieces. This powdered kratom can be consumed orally or smoked, while the leaves can also be brewed in tea.

The active ingredients in kratom are called alkaloids, which interact with opioid receptors in the human brain to produce analgesic effects similar to those found with pharmaceutical drugs such as oxycodone. A variety of alkaloids have been isolated from this plant, including mitragynine, which is believed to be the primary active ingredient.

In traditional Southeast Asian cultures, kratom has been used for centuries to aid physical pain and fatigue. It has also been known to have a calming mental effect and reduce anxiety. Kratom is often used with other herbs or remedies to achieve more significant results. For example, you may blend kratom with ginger or ginseng to enhance its ability to relieve aches and pains while providing mental clarity and alertness.

How Does Vaping Kratom Work?

Vaping kratom is similar to vaping cannabis or nicotine e-juices. To vape kratom, you must purchase a specialized e-liquid from concentrated kratom extract. This liquid can be filled into any vape device that accepts refillable cartridges or tanks. When heated by the vape device’s coils, the liquid turns into vapor which can then be inhaled through the mouthpiece just like any other vaporized substance. The effects of vaping kratom are usually felt within minutes and last up to several hours, depending on the dosage consumed.

What is the Best Way to Vape Kratom?

The best way to vape kratom is with a dedicated e-liquid. These liquids are usually made from high-quality filtered and processed extracts to remove impurities while preserving their therapeutic properties. In addition, they often contain added ingredients such as terpenes or other essential oils that enhance their effects on the body and mind when inhaled through vaporization. When shopping for a good quality e-liquid for vaping kratom, read reviews online and buy from reputable vendors.

Kratom and the Western world

More recently, people in Western countries have begun using kratom recreationally due to its mild psychoactive effects that are described as euphoric and sedative. In some instances, it has been reported to cause nausea and vomiting. There have also been reports of addiction and dependence, though the extent of this risk is not yet clear.

Kratom has also become famous for its purported medicinal benefits, such as helping to manage opioid withdrawal symptoms and relieving anxiety, depression, and chronic pain. However, these claims have not been scientifically proven, and further research is needed to understand the potential benefits of kratom use.

While some areas of Southeast Asia still use kratom in traditional medicine, it is increasingly becoming a recreational drug, with misuse potentially leading to health problems. It is vital for people who choose to take kratom recreationally or medicinally to be aware of its effects and any possible risks associated with taking it. As with any natural herbal remedy, it is always wise to discuss its use with a healthcare professional before trying it.

The different strains of kratom

The different strains of kratom can vary in potency, and research is ongoing to understand the effects of each strain. Therefore, it is essential to carefully review the product before consuming it. With proper guidance and education, kratom can be used safely and responsibly to achieve desired effects.

Green Borneo Kratom has become one of the most popular strains of kratom. It is often recommended for those new to using it or those looking for a general energy boost, mental clarity, and mood enhancement.

The Vietnam kratom strain is a “slow-acting” strain and can provide more mild effects than other types.

No matter which type of kratom you choose, be sure to obtain your product from a reputable vendor who offers quality-tested products. As with any other supplement, it’s essential to research before purchasing kratom to know what you are getting into.

What are the health benefits of using kratom?

Kratom has been used for ages in traditional medicine and is increasingly becoming popular as an herbal remedy. Proponents claim that it can help with various mental and physical ailments, including opioid withdrawal symptoms, chronic pain, depression, anxiety, and insomnia.

While research into kratom’s potential benefits is ongoing, some studies have shown that certain alkaloids in the plant can interact with opioid receptors in the brain to reduce pain perception. Some studies suggest that kratom could help reduce inflammation and protect against cell damage caused by toxins or other agents.

Kratom has also been found to be a great mood enhancer and can help with symptoms of depression and anxiety.

What risks are associated with kratom?

Kratom is not a controlled substance in most parts of the world; however, it can still lead to adverse side effects such as nausea, vomiting, dizziness, constipation, and sweating. In some cases, kratom has been linked to addiction and dependence. Excessive use of kratom has also been linked to seizures, liver toxicity, and cardiac arrest. Users need to understand this risk before taking kratom and be aware of possible interactions with medications or other drugs they may be taking.

Vaping kratom is becoming increasingly popular among cannabis users looking for natural alternatives to opioids or recreational drugs without compromising effectiveness or flavor. With its fast-acting effects and easy administration, vaping kratom offers many advantages over traditional methods such as oral ingestion or smoking dried leaves. If you’re interested in trying out this herbal supplementation, be sure to do your research first to know what kind of product you’re buying and how much concentration is suitable for your needs.

Overall, kratom has been used for centuries in traditional medicine and is increasingly becoming popular as an herbal remedy. It is important to note that long-term clinical trials have not yet established the safety and efficacy of using kratom for any condition. Therefore, it is critical to consult a healthcare professional before taking it, mainly if you are pregnant or have underlying health conditions. With proper guidance and education, kratom can be used safely and responsibly to achieve desired effects without risking your health.

Autoflowering vs Feminized: What’s Best for a Casual Grower?