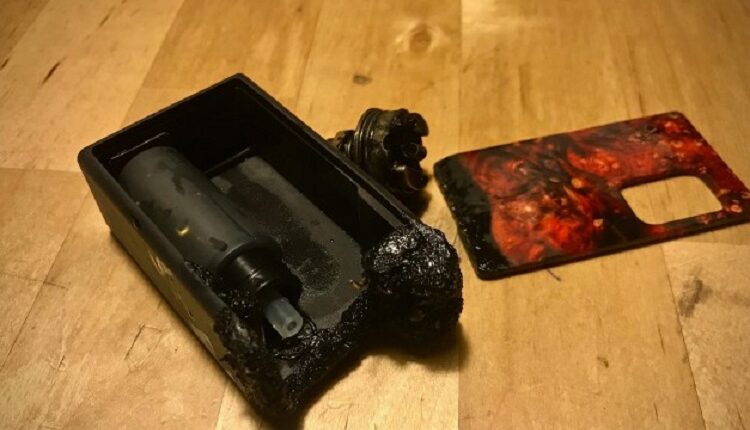 I have heard similar stories before, seen the pictures, but never thought it would happen to me. Then it did, and it was over in an instant.

I bought my SVA Punto Zero not long ago from a local shop called Oriental Vape, and I really fell in love with it. The engraving at the back was gorgeous, the finishing was perfect and the overall look and compact size was so pleasing.

Since then, I also purchased an SVA Punto Zero v2. Truth be told if I had known that the V2 would be out soon I might have skipped getting the V1. However, when I had both, I still preferred the SVA Punto Zero v1.

The V2 had a digital locking mechanism via the Bomberpro mosfet, which the V1 didn’t have. Still I assumed it would be no issue as long as I remove the batteries when I plan to store it in my backpack or pocket.

Whenever I used the Punto Zero V1 I always carried it.

Yesterday, I was vaping on the Punto Zero with my Gas Mods GR1 on top. I set it on my bookshelf (high up so my kids cannot reach) with the batteries inside, and took a shower. About 10 minutes later I come out of the shower, and I could see flames on my book shelf.

I immediately knew what was happening. I took the mod, removed the stabwood door and flung the battery out into the bathroom. The RDA was attached to the 510 and also flung out. Then I threw the mod on the bathroom floor and splashed some water on it.

To be honest all this was instinct but I knew the bigger danger here was the battery exploding. I just wanted that out of the mod immediately. It was a Sony VTC5A, about 2 months old. 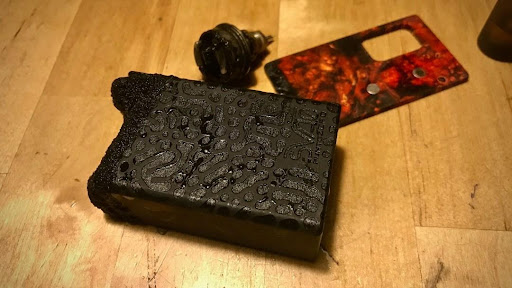 The mod as you can see is totally fucked. The RDA cap melted and probably evaporated, as I could not longer find parts of it.

I kept thinking to myself if I had a quicker shower and came out maybe 5 minutes earlier all this could have been saved. The stabwood door I created myself, and it was the best work I’ve done. Sad beyond words.

Since then a lot of people have gave me the feedback that they have had similar issues with SVA Punto Zero v1, and some on the Kimech. I’m not sure about these as I do not own a Kimech.

This leaves a bitter taste in my mouth as the mod was only about 7 months old. Plus this was one of the best stabwood doors I made.

But I need to look on the bright side. I thank god that I saw it when I did and not 5 minutes later. I also thank god that I didn.t close the door to the bookshelf, in which case I would not have noticed the fire at all.

This could have been much worse. The fire was close to the books, and could have resulted in a more catastrophic accident which could have cause personal injury.

I’ve had this autofire issue once before on the Punto Zero V1, and another time on my Limelight Bliss. Both times, I caught it quickly and got away with just burnt cotton and a slightly melted PMMA topcap. Not this time.

This incident makes me think twice about the claims made by the manufacturer of these mods.

As far as I know, the Punto Zero uses the Mosfet 3034. The V2 uses the BomberPro, which claims to have “Reverse Battery Protection”.

This claim is false. You can try to put you battery the wrong side and you will notice that it starts to fire right away. How is this protection?

Mosfets can be a safer alternative, but I think so far what we have been fed are incomplete and rather unsafe solutions. I have started talking to a well-known modder about mosfets, and watch out for my video soon.