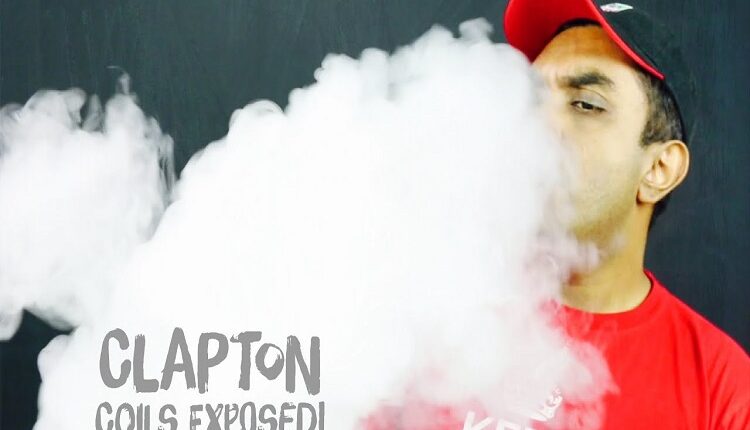 Clapton coils are all the rage right now with many manufacturers shipping stock Claptons with their clearomizers, promising “huge vapor” and “incredible flavor”.

A “clapton” is a coined term that basically means coiled wire. You have one wire coiled over another. But of course a sexier name helps sell it!

The idea and story behind the clapton coil is that someone got the idea to build a wire that mimicked a guitar string (E,A & D). He did it, and named it Clapton after his favorite guitarist, Eric Clapton.

It was a hit, and now everyone is into the clapton coil bandwagon. You can get clapton wire cheap, and even pre-made clapton coils that you can just plug into your RDA & start vaping.

But what is a clapton coil, really?

At the very basic, you have:

Wrapping them together evens out the resistance making it easy to build larger coils while maintaining the resistance between 0.5Ohm to 0.3Ohm, which is a great sweet spot for lots of vapor.

In the video above, I do some very basic (and unscientific) experiement to show you the secret behind clapton coils, and why (almost) everyone seems to love them.

Pros of the Clapton Coil:

Cons of the Clapton Coil:

Other variations of the Clapton coil such as fused claptons, twisted claptons staggered-fused claptons differ in the number of wires forming the coil, the gauge of the wires, and how its wrapped / coiled.